In Klaudio's journey, he takes a on the challenge of losing weight and ridding of his laziness through Intermitten Fasting. Read in on how he improves his mental health from his past life. 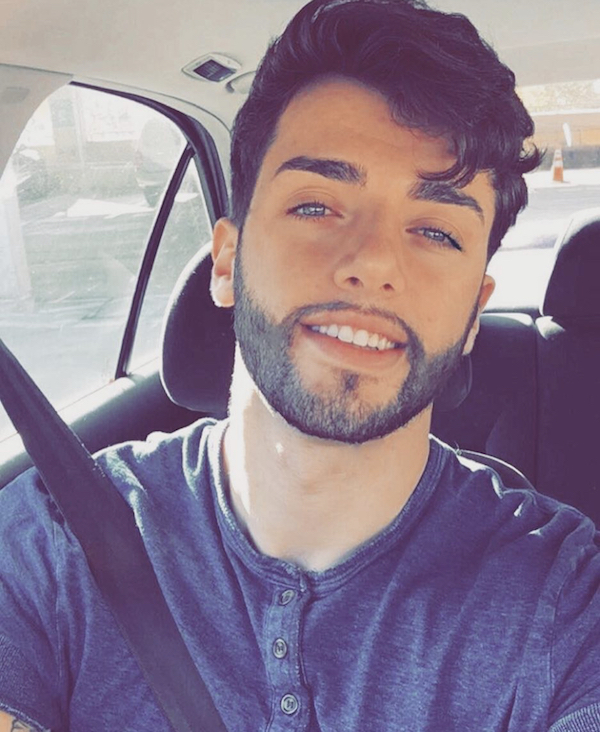 1. How did you feel before losing weight?

In the past, before Klaudio had begun to take control of his life, his weight had been controlling him. For him, his emotions and decisions were a battle for him to control due to his mindset at the time. It’s easy for us to constantly fall into bad habits when we aren’t following the best lifestyle choices. This isn’t uncommon; in fact, most if not all of us have been in this situation, where we find that what we eat can change a situation.
Knowing the most important step to any weight loss is what you put in your body.

2. What sort of health conditions did you have due to the weight?

Though he may not have suffered from any physical ailments, he dealt with it mentally. Klaudio felt lazy most of the time, which held him back from living his fullest life. In how words,” I knew I had every opportunity to load up my schedule and be productive, but my laziness didn’t let me.”
Things like procrastination, half-efforts, mental exhaustion, and lack of ideas all can stem from the kinds of foods your eating and the amount of weight on your body. Even after you lose weight, you will still feel the effects of being sluggish if you eat unhealthy and binge.

3. What is the one thing or many things at once that made you realize its time to change?
For Klaudio, he had to come to accept the harsh realization that the faults of his life only stemmed from his continual bad habits. Knowing he had put himself into this position, he knew it was up to himself to better his life.
This self-realization step can be the hardest step for some individuals and maybe the reason why some don’t change. Many think that losing weight might be associated only with doing it to look good. Still, eating habits and body size contribute to so many aspects of how you live and life moves around you that it isn’t worth living below means.

4. How did you lose the weight, and what was your biggest struggle?

The method Klaudio used to burn the pounds was Intermittent Fasting, mixed in with water fasting. He says for intermittent fasting,” it’s only difficult in the beginning, first few days. Your body feels like it can’t take it, and it’s suffering, but it feels like that because it’s only a habit/addiction. After the first few days, you have control of your cravings, and it’s smooth sailings after.” For our readers that are new to intermittent fasting and fasting as a whole, it’s important not to immediately throw yourself into the ring of direct fasting. You may feel that you won’t lose enough weight going Intermittent, but you can eat the right foods and portions. When proceeding to take up water fasting, it’s important to be safe in doing so.

5. Did anything impact you to make it harder to lose weight?

In the first week of Klaudio’s fasting journey, he faced relationship issues, causing him to receive the shorter end stick. Despite him dealing with being heartbroken for the first two weeks, the diet had managed to keep him grounded throughout it all.
Eating well can help you to make more clear and conscious decisions.

6. What kept you motivated throughout the weight loss?

For Klaudio, he hadn’t experienced motivation in the beginning. He was mostly feeling defeated from his beginning heartbreak. The way he felt at the start of his health journey was a feeling he never wanted to experience again. When he continued on his diet, it became easier and easier for him to keep going. The gradual ease of the diet had finally given him motivation. A lot of the time, motivation may simply not be enough to ever achieve anything worth it. Often, there will be only discipline there to carry you through the toughest of times and keep it consistent.

7. How much weight did you loose in total?

In 1 month, Klaudio had lost an astounding 22 pounds while still gaining muscle during his time. 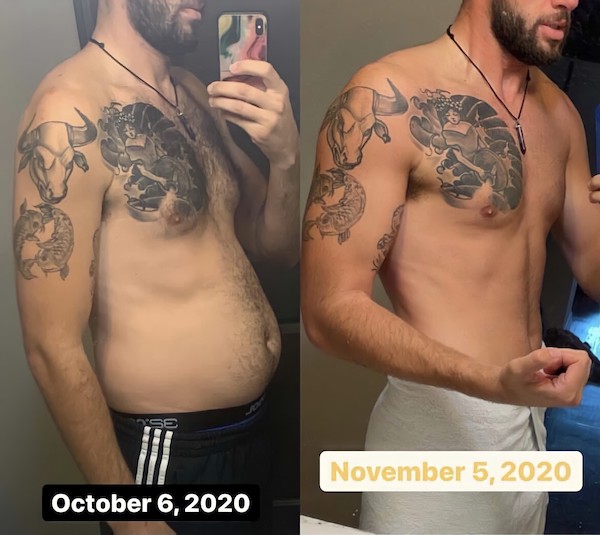 8. How do you feel now after losing the weight?

After losing the weight, Klaudio experienced amazing mental results from it.
“My cognition, critical thinking, endurance, passion, work ethic, and more is just skyrocketed.”
When it comes to losing weight, again, the aesthetic is only the tip of the iceberg of benefits that come along. Along the way, you might find yourself more concerned about your health than ever about what you had looked like—of course, looking your best adds to it.

9. Did this weight loss affect you health wise?

When he had finished losing the weight, he had noticed changes like better posture. It’s easy to slump when weight brings you down, and your mind isn’t fully aware of how your body is. Another great thing is that his body had become more flexible from easing back into place. This was all possible even without doing endless yoga and stretches, just showing how debilitating weight can be to how you move around in space.

10. How is your confidence now?

For his confidence, he now feels like” Bradley Cooper in the movie Limitless.” If that doesn’t sound like confidence, then what does?

11. What is one thing you couldn’t do before weight loss that you can do now?
Before the changes compared to now, he struggled with taking his insecurities into rationality. Now for him, he approaches decisions with a “tone set with efficiency and positive vibes.” Klaudio can now be more confident in being himself.
Though at every point, you shouldn’t hold back from being yourself, physical and mental elements can hold you back in a “shell.” But finally, when you reach a point where you feel constantly good as your average, you probably won’t feel withdrawn. For some, they even feel like they matter more.

12. What did you learn about yourself throughout the journey?